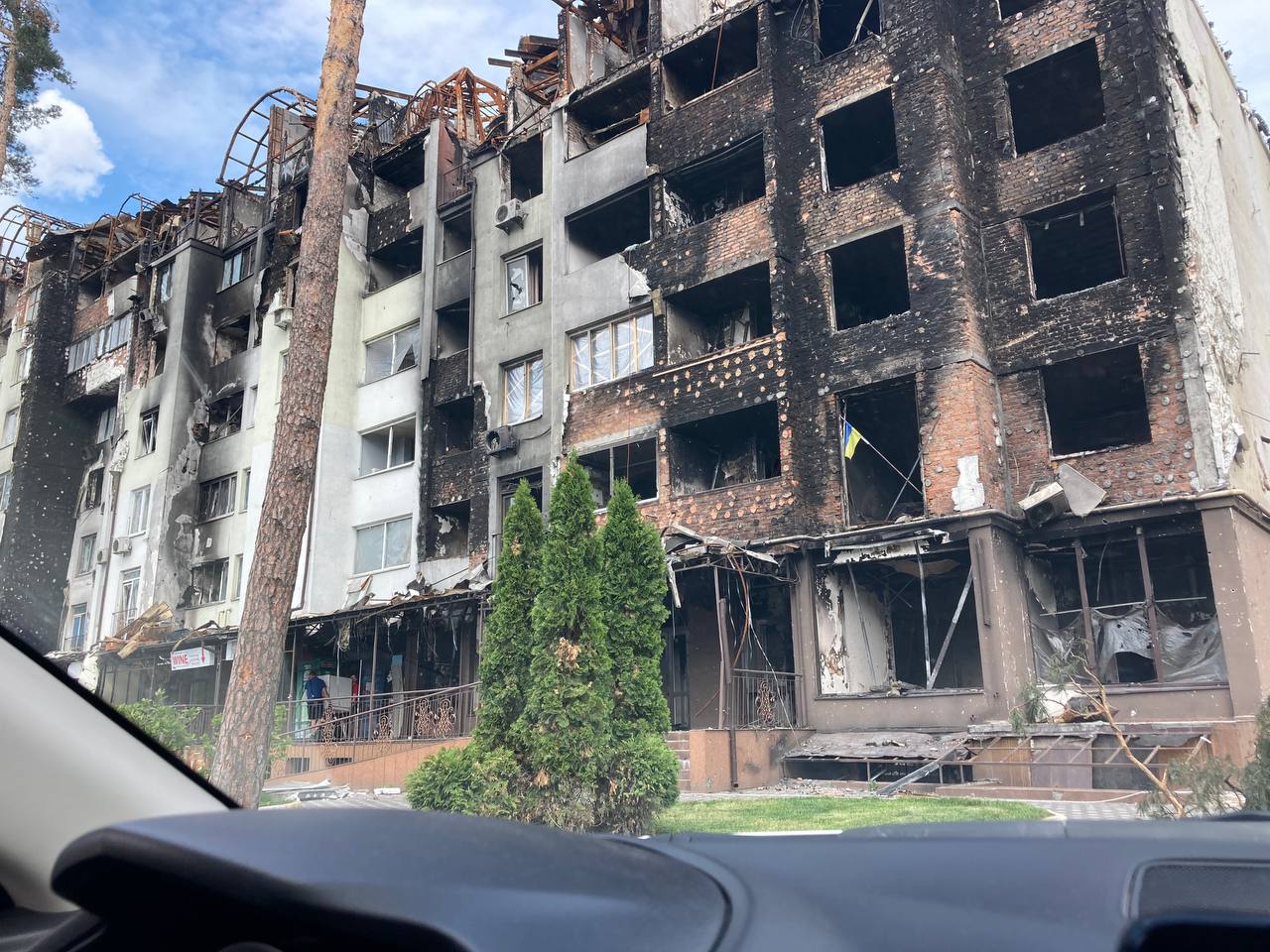 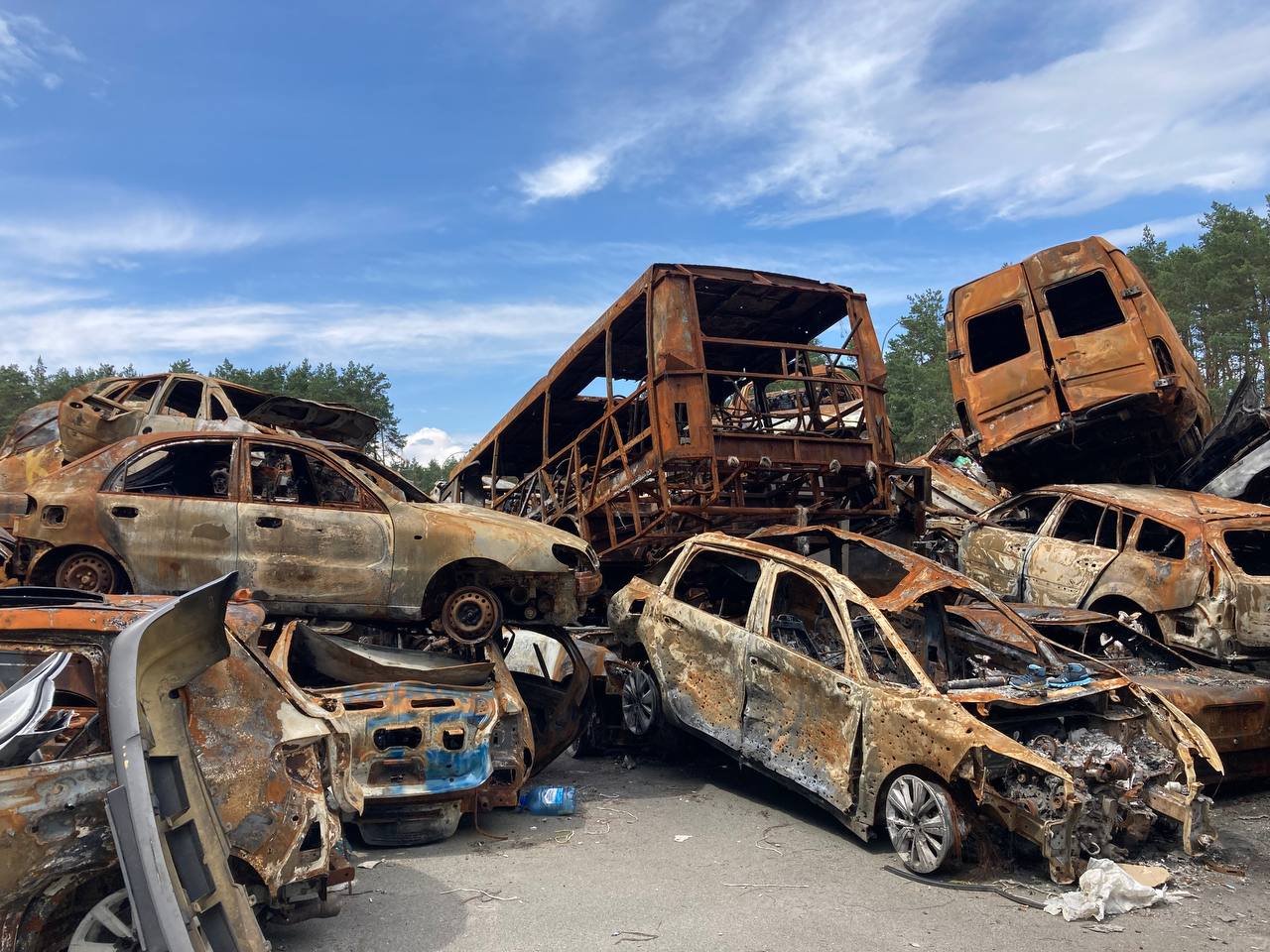 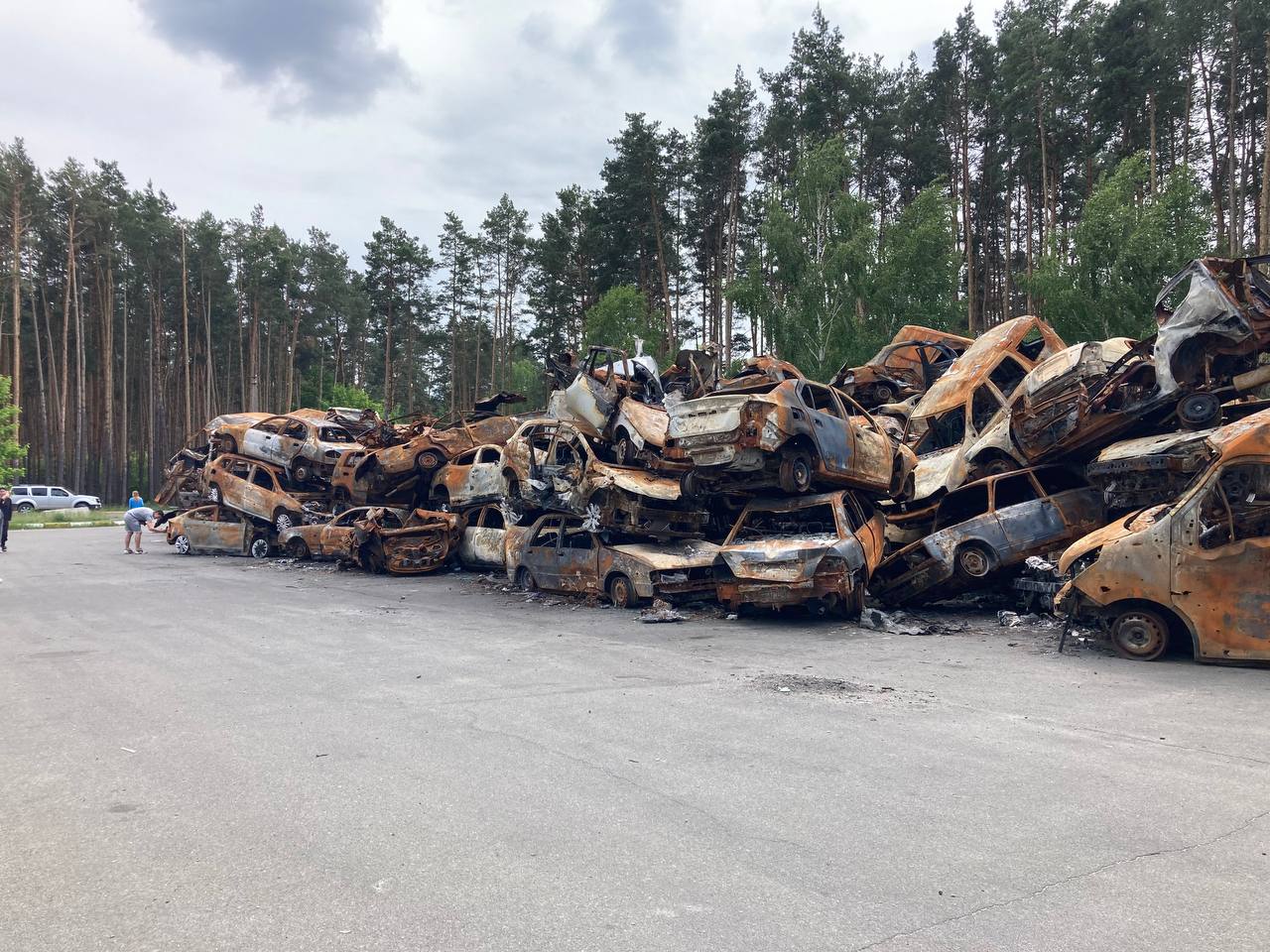 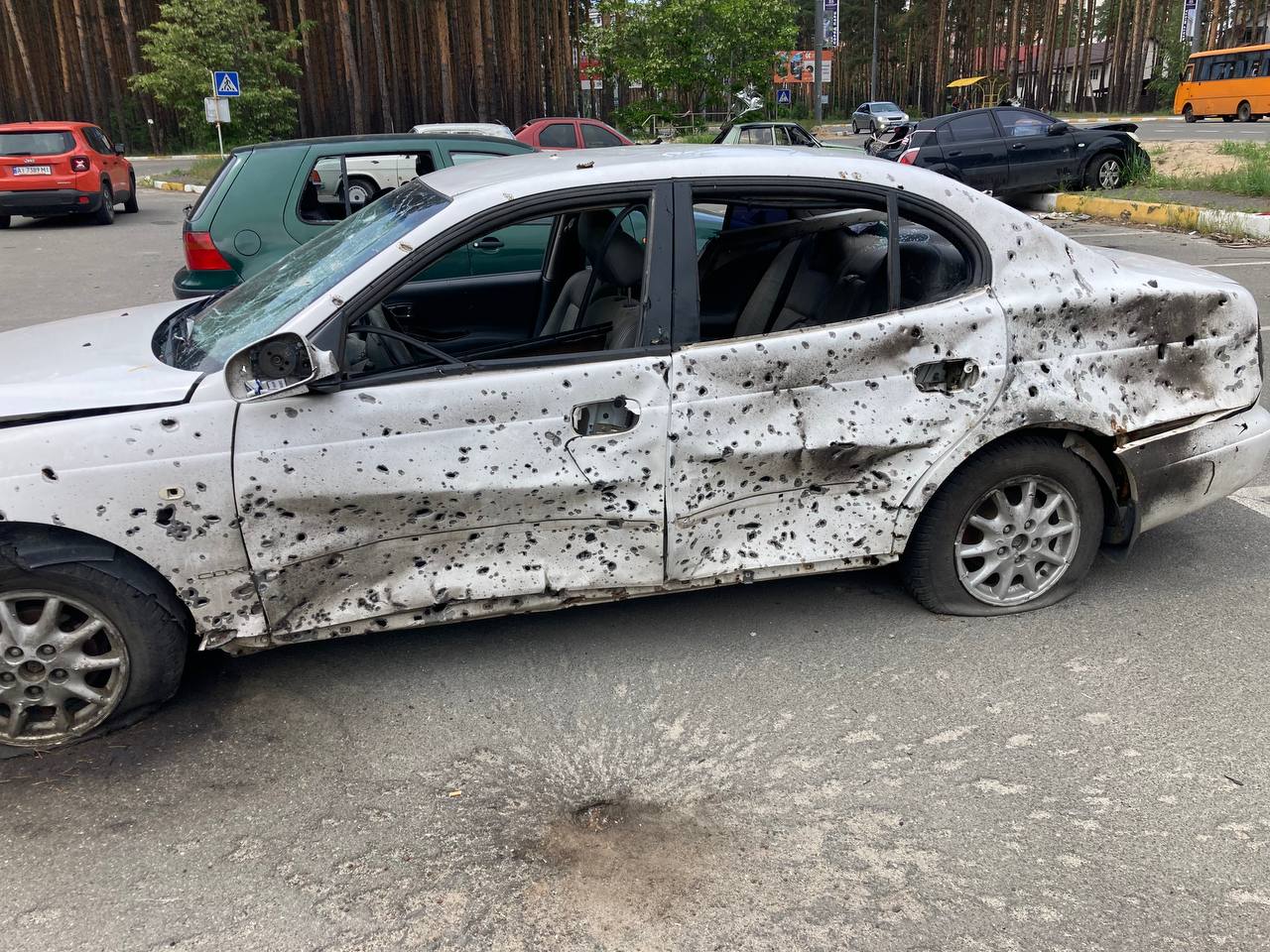 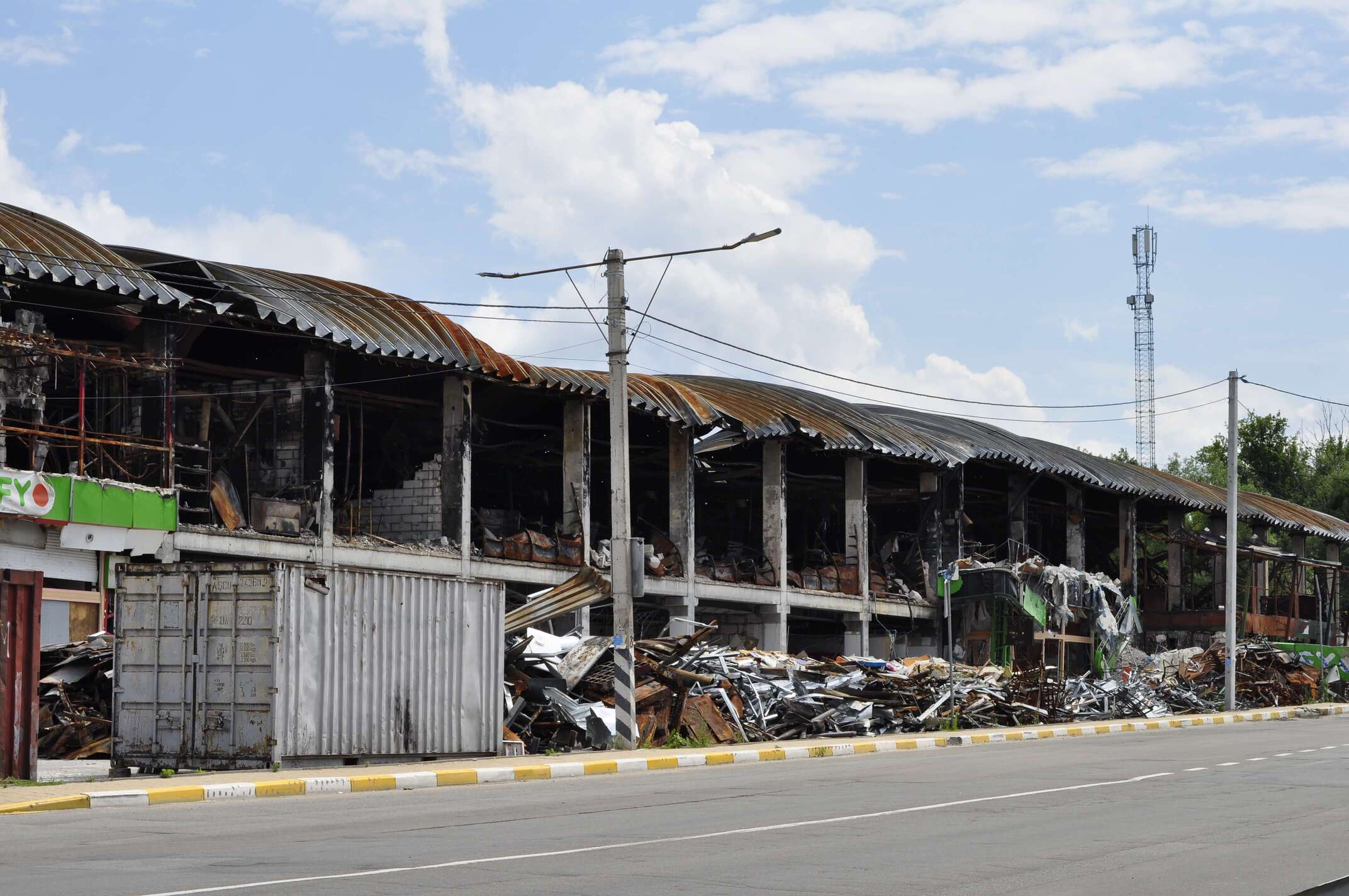 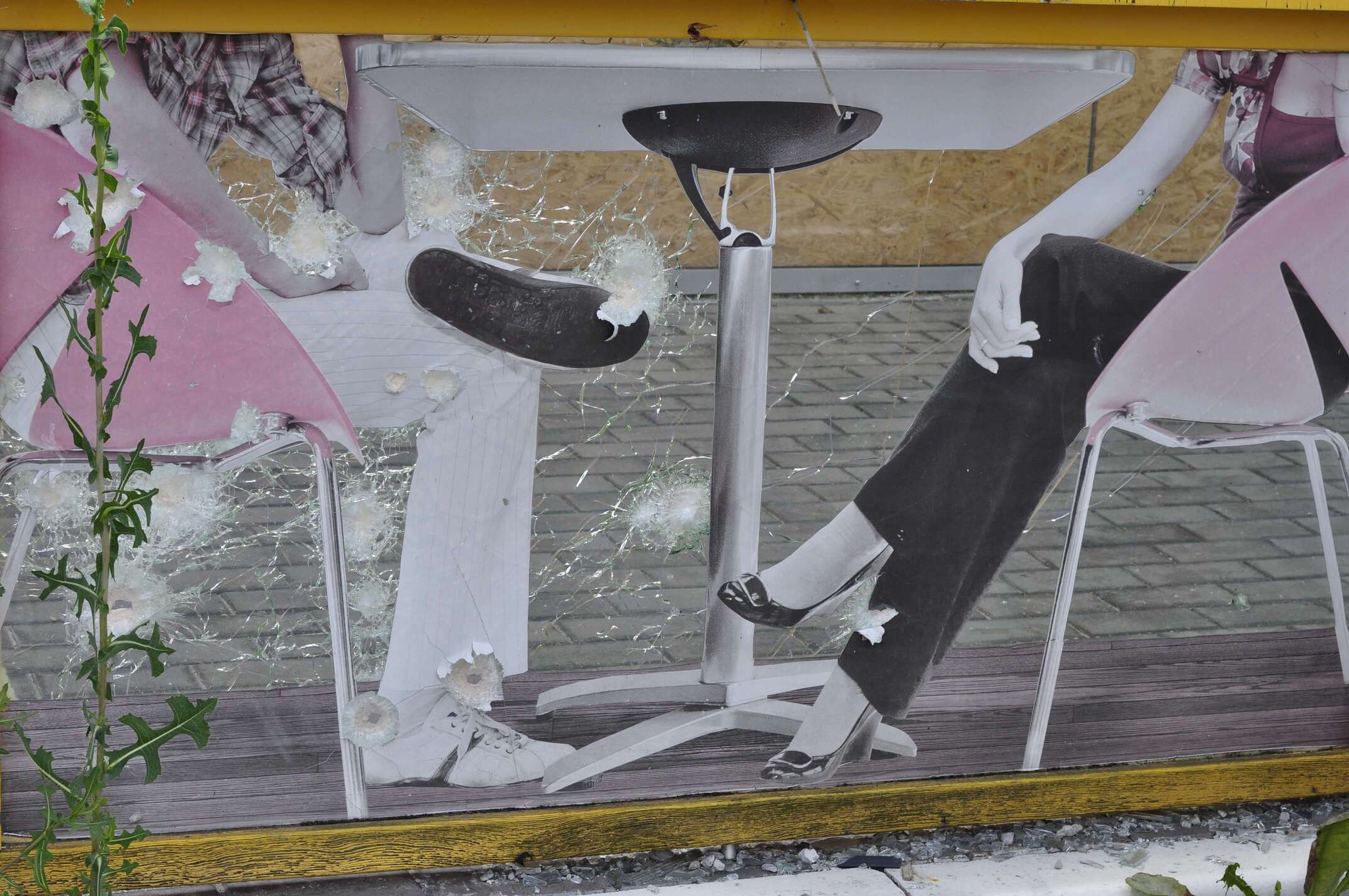 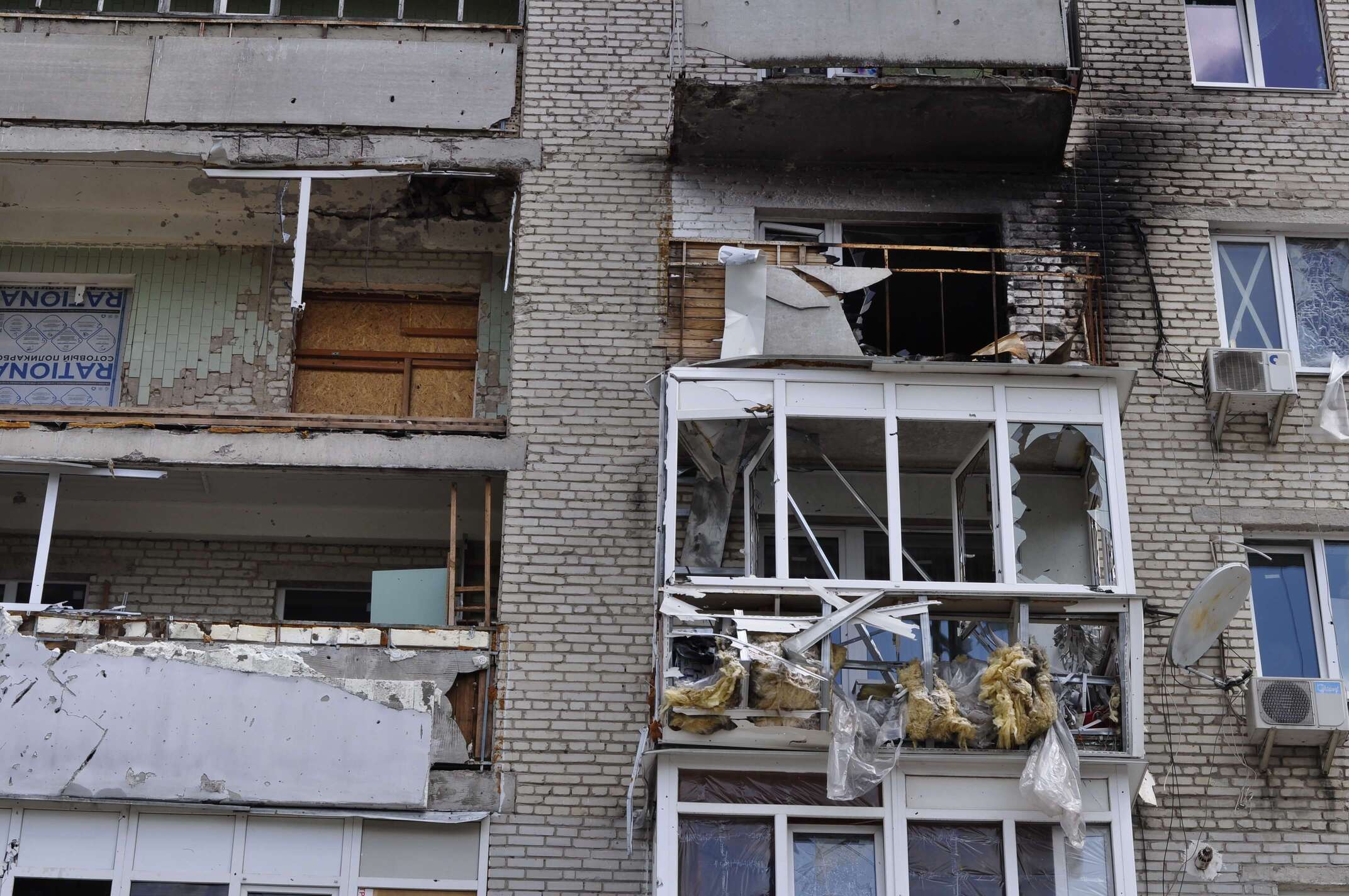 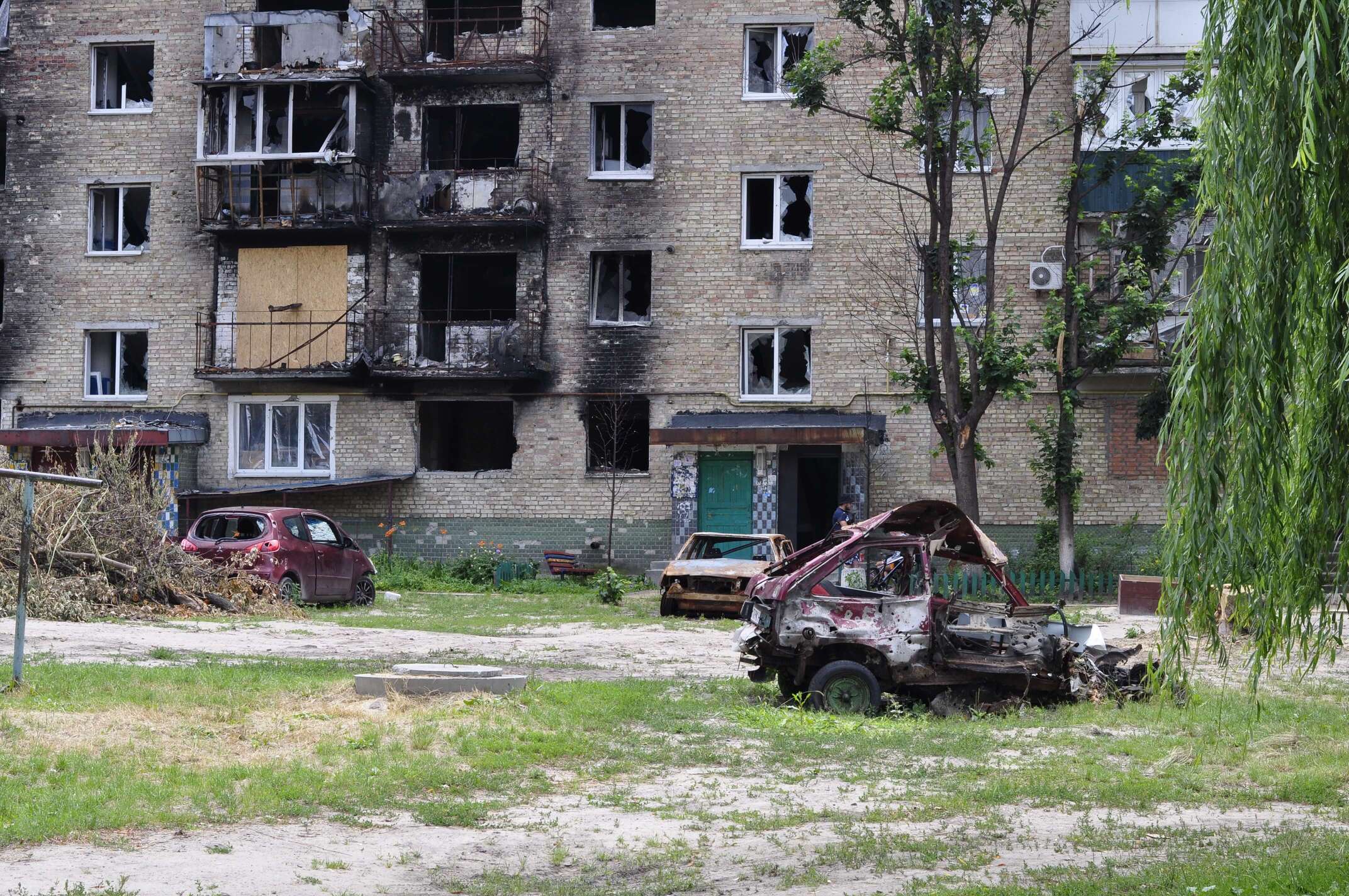 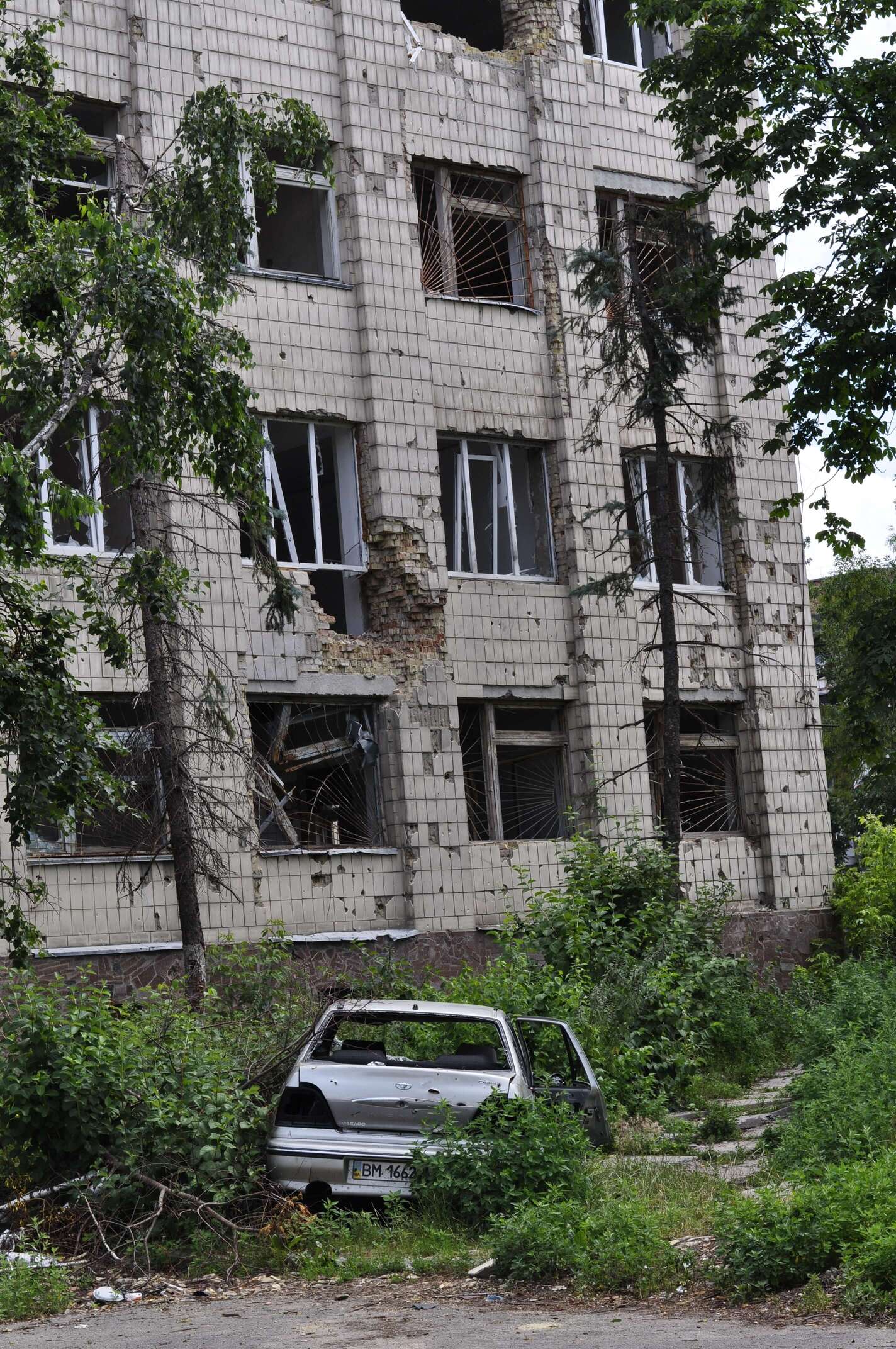 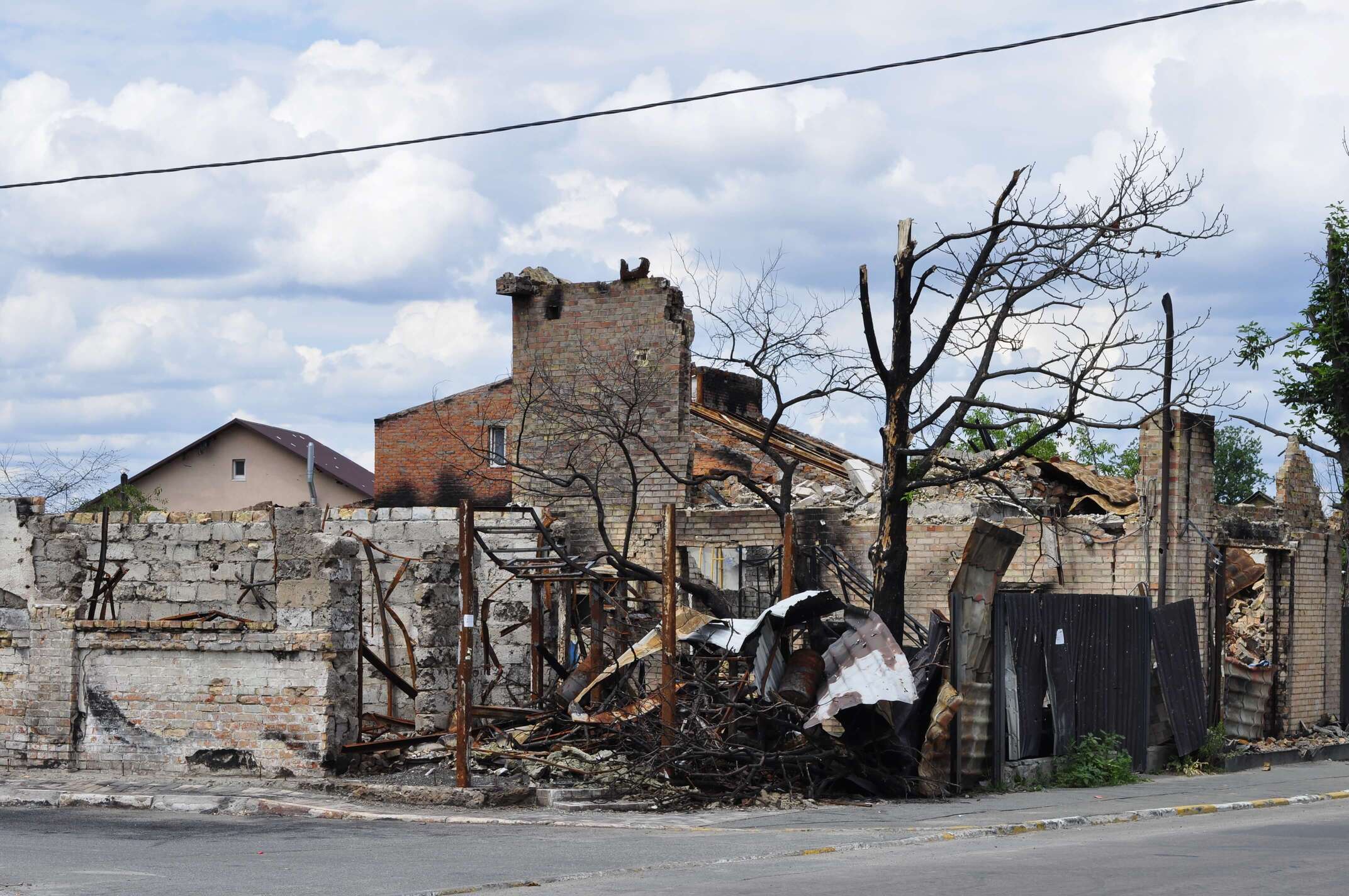 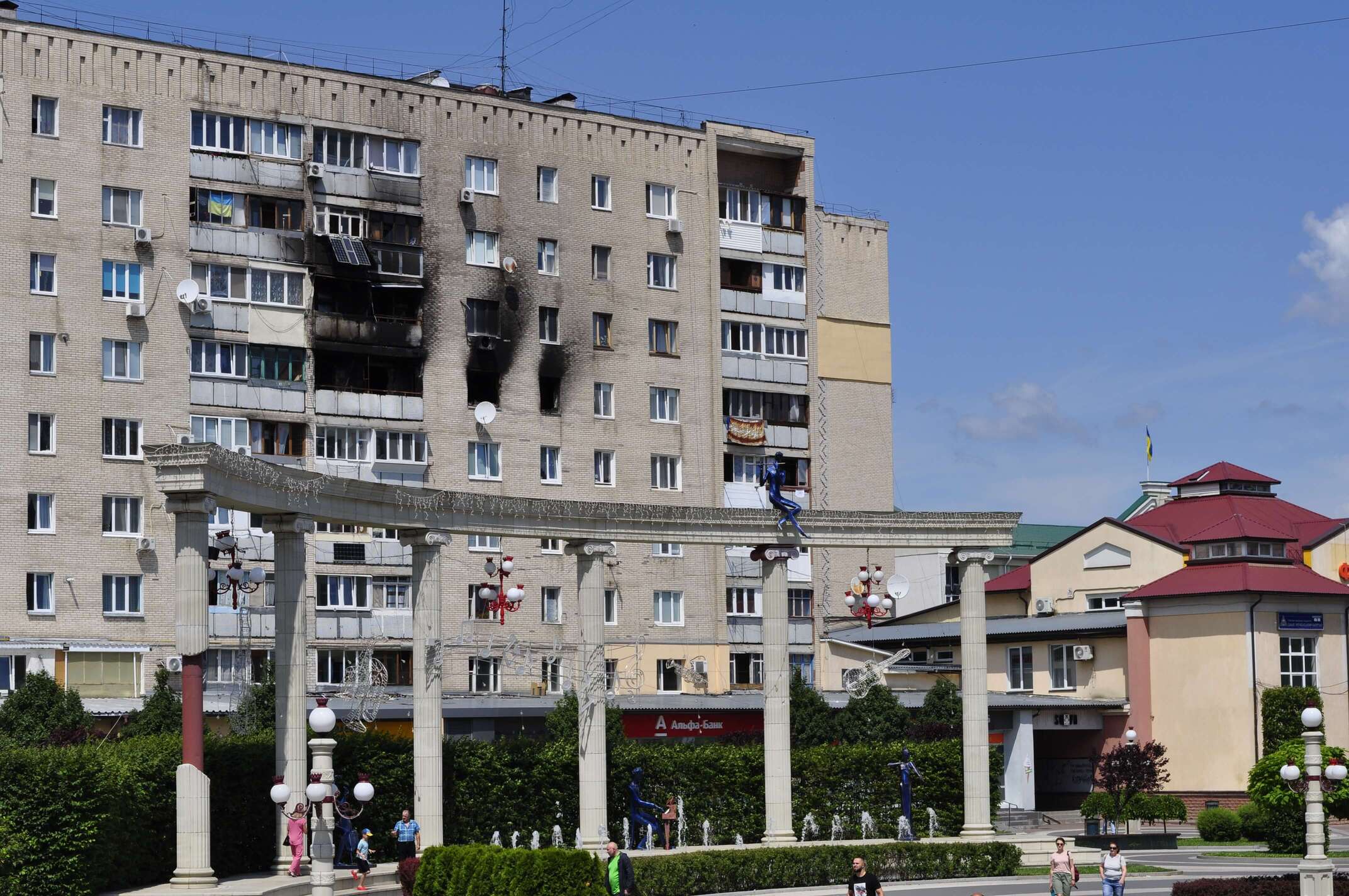 After three weeks of occupation, the city of Irpin in Ukraine was devastated by the Russian troops. The shellfire damage alone is impossible to imagine unless you see it with your own eyes. And that’s exactly what we offer you to do.

Our tours to Irpin will show you what has happened to this once peaceful suburb of Kyiv firsthand. Tours will explore the streets, see what remains of the historical attractions, and get a sense of the horrors that occurred during the war.

As soon as the city has been deemed safe and demined, we will be operating tours to Irpin as a way to raise funds for the rebuilding effort and support the Ukrainian people impacted most by the war.

Show your support and book tours to Irpin today.

A Once Picturesque City Just North of Kyiv

Before the war, Irpin was a quiet and picturesque place that you wouldn’t think twice about. It is classically beautiful with parks, restaurants, and plenty for tours to see. It was predominantly a residential area, an overflow for Kyiv. The people who lived here were hardworking and creative – artists, poets, writers, and scientists to name a few professions.

Irpin was also known for a beautiful city park, picture-perfect city hall, and a central square that would have been ideal for selfies during tours.

It is unclear how much of the beauty of this city can be salvaged after the destruction caused by the Russians. As Irpin was in a key location to the north of Kyiv, it was an obvious target.

Are Tours to Irpin Safe?

Irpin, like many cities in the Kyiv oblast, were under attack from the Russian invasion from the very start of the war. They were the last defense between the troops and Kyiv itself. In the 3 weeks that the Russians occupied this city, over 300 civilians were killed, and almost half of the buildings were destroyed.

Could you imagine what that would look like in your city?

Irpin was finally liberated on April 1st, 2022, but the effects of the war are far from over. Prior to the invasion, Irpin had a population of around 70,000 but by April that had dropped to 2,500. Those that remain were living without electricity or gas.

The scale of the damage caused by the Russian shellfire is hard to imagine, but the somber wooden crosses littered across the city, between windowless apartment blocks and burnt-down houses, give you a good idea. These shallow graves mark where loved ones are buried. A reminder of the devastating indiscriminate slaughter that came at the hands of the Russians.

As the clean-up begins, tours will see the skeletal remains of family homes, with scorched rooves and crumbling walls. Abandoned belongings and burnt-out cars are being pushed to the sides of the street.

This is why our excursion to Irpin service is so important. Our tours will not only show you the full extent of the damage caused, but also help to fund the rebuilding effort. Money raised from our tours will go toward cleaning the streets, fixing homes, and funding humanitarian efforts for the people of Ukraine.

Our tours will take you to that idyllic central square and through the residential streets, explaining the damage – what caused it, why it happened, and the effects it has had. Even with the massive clean-up operation now in effect, it won’t be an easy task to rebuild almost half of the city’s buildings.

Tours to Irpin will be led by an experienced tour guide who speaks your language and knows the history of the city – both recent and distant – like the back of their hand.

How to Travel to Irpin

Irpin is very close to Kyiv, so if you plan to travel to our capital city then a tour of Irpin is easily arranged and you won’t have any trouble finding our tours. We are arranging tours to several cities in Kyiv’s oblast, as they were the final defense for Kyiv itself.

We aim to educate you on the impact of this war, to raise awareness and prevent future tragedies like this.

Book a Tour to Irpin Today

Each trip to Iprin that we organize shows you the best and the worst. The physical damage is extensive, but the compassion of the Ukrainian people is strong. You must visit this Hero City of Ukraine yourself to fully understand all that has happened.

If you want to see firsthand the devastating effects of war and help fund a cause that will educate and prevent further conflict, then don’t hesitate to enter your details below.

As soon as the city is deemed safe for travel, our tours will begin!