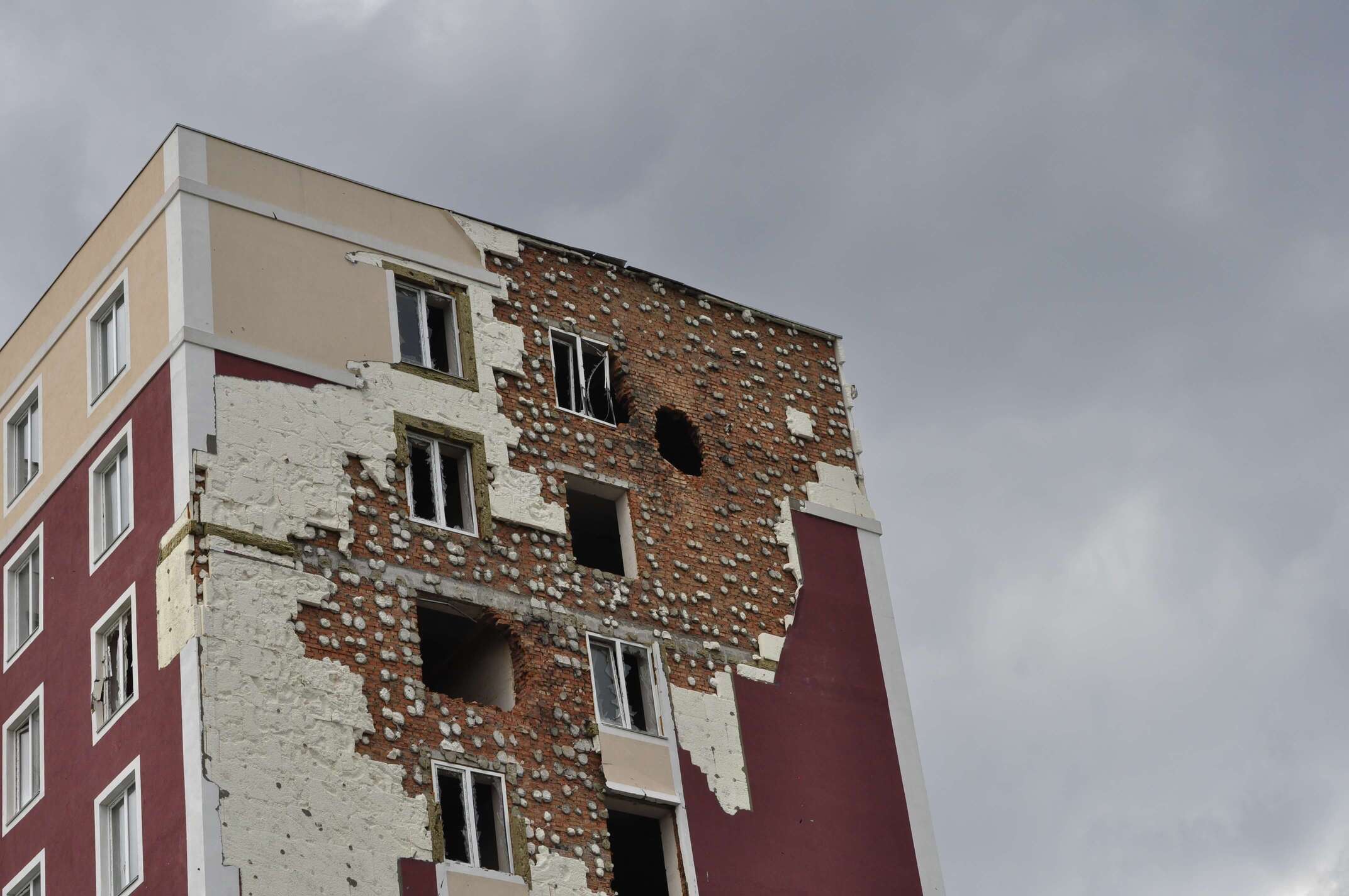 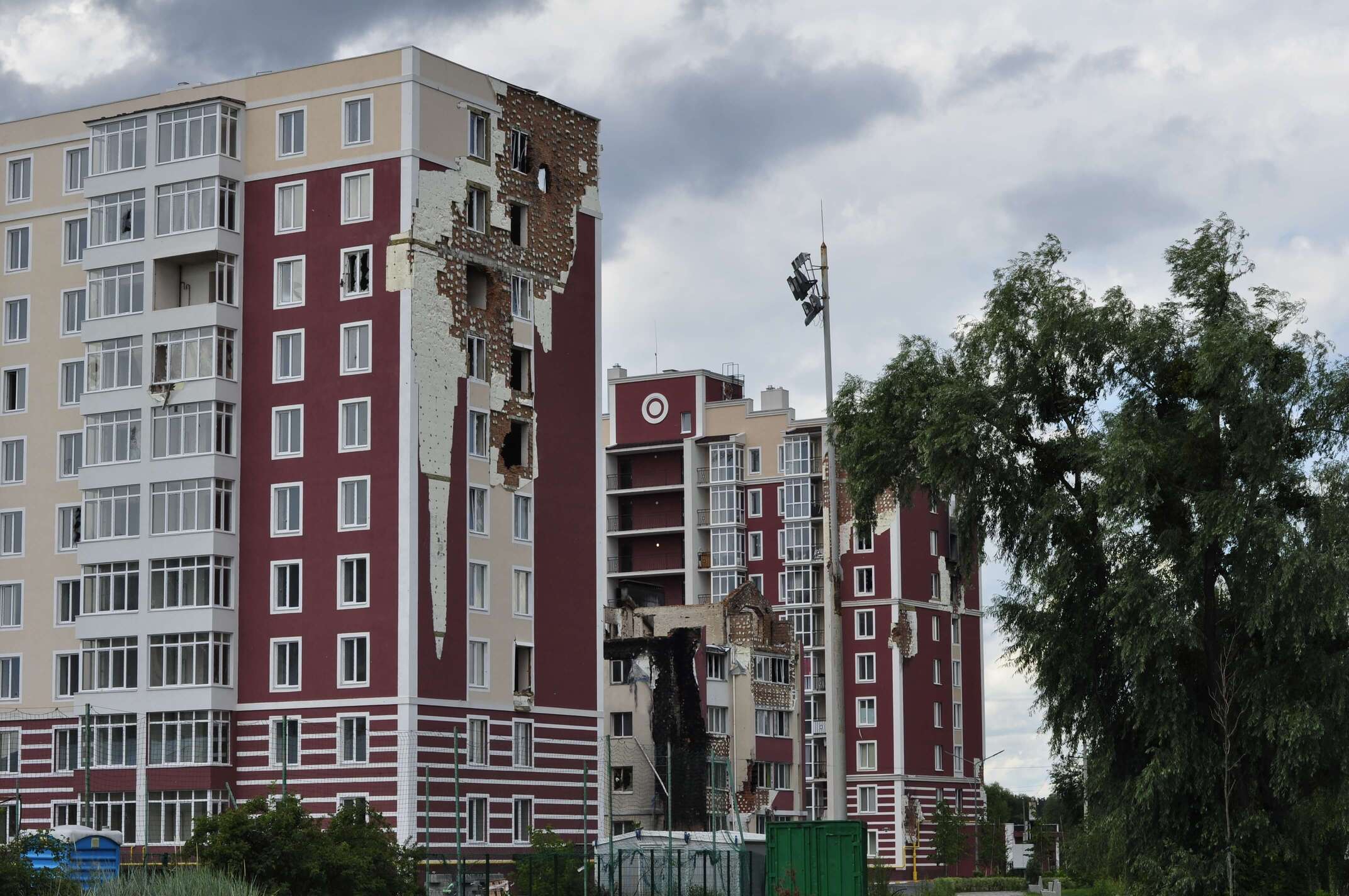 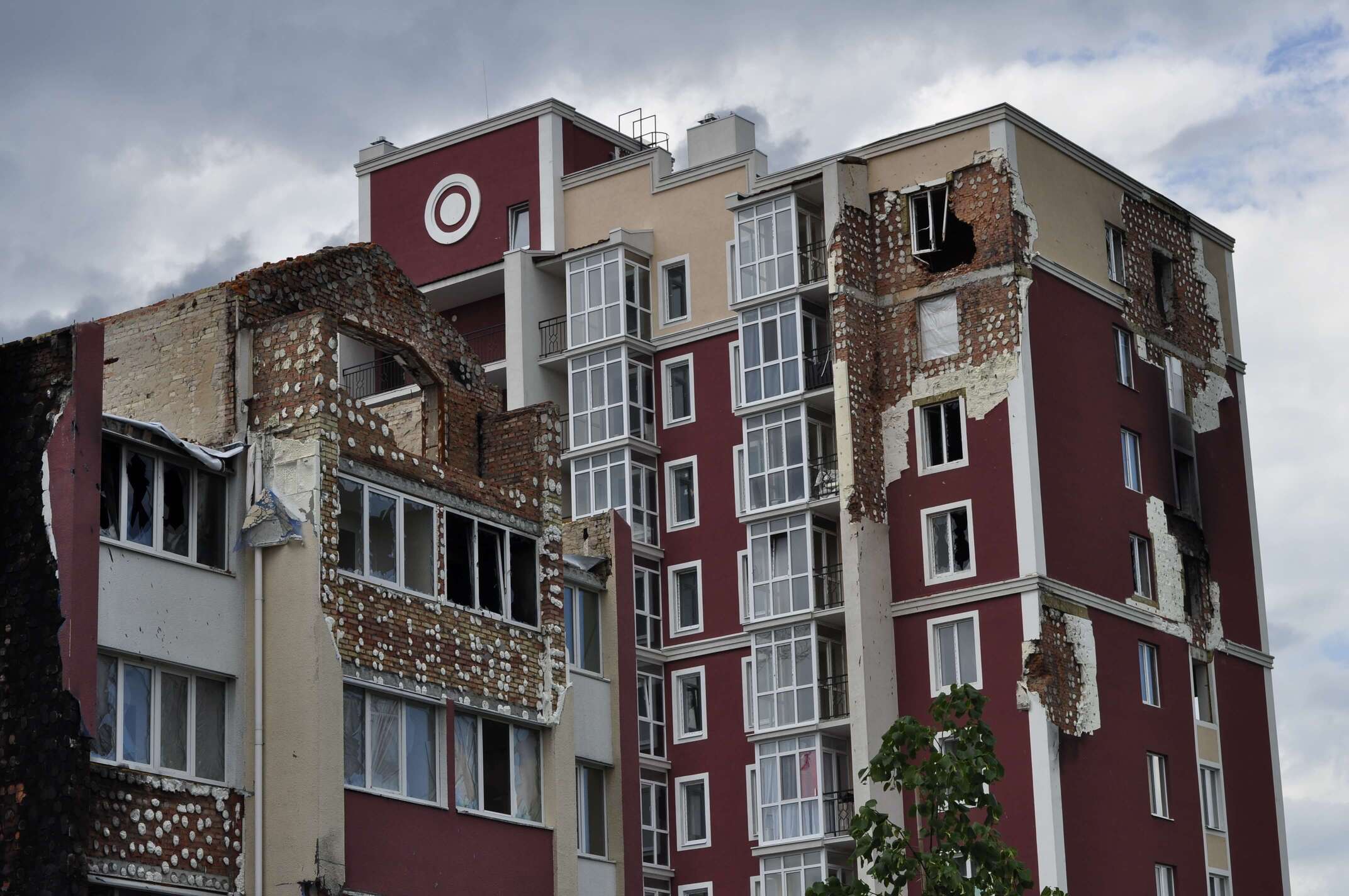 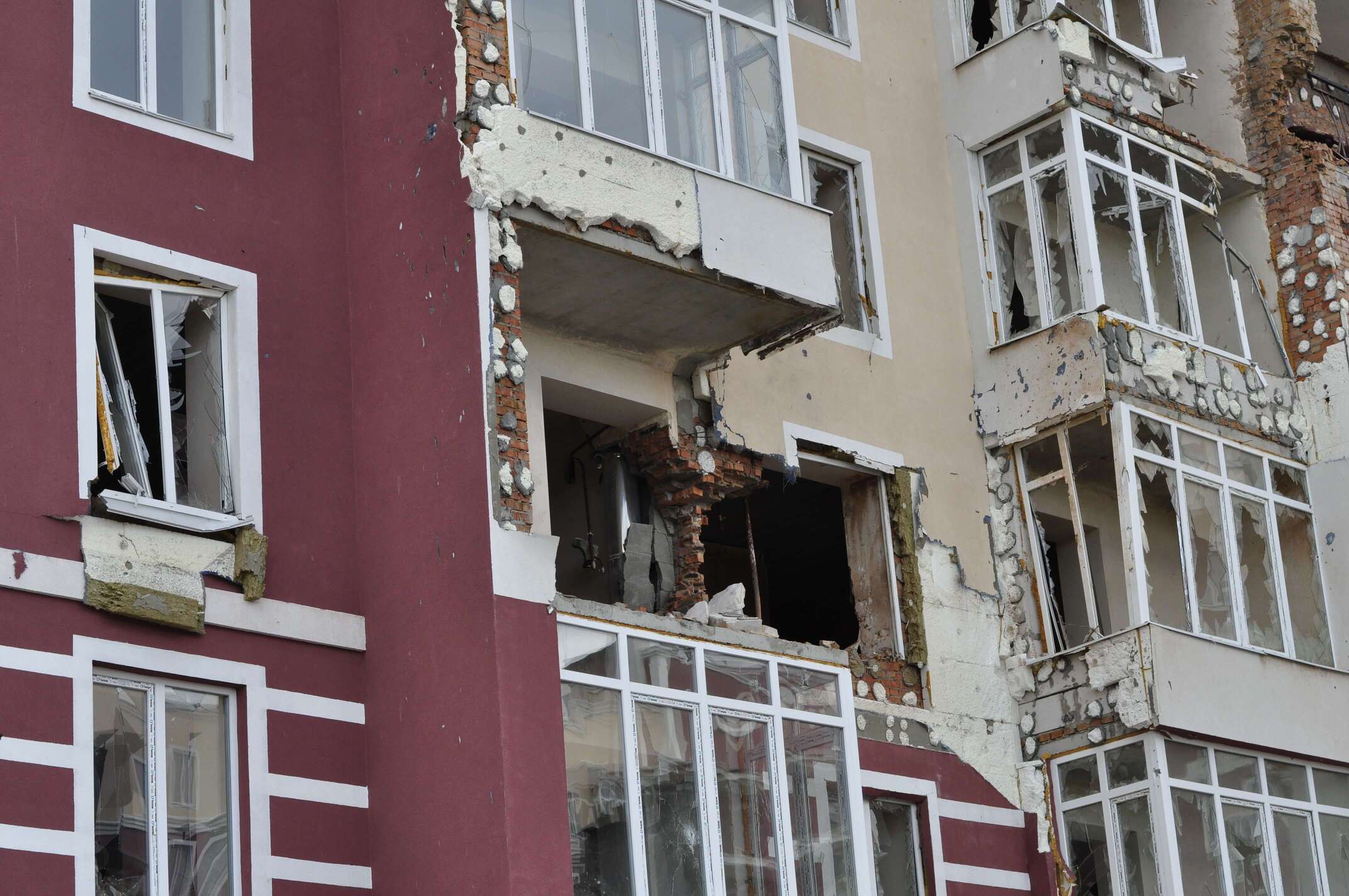 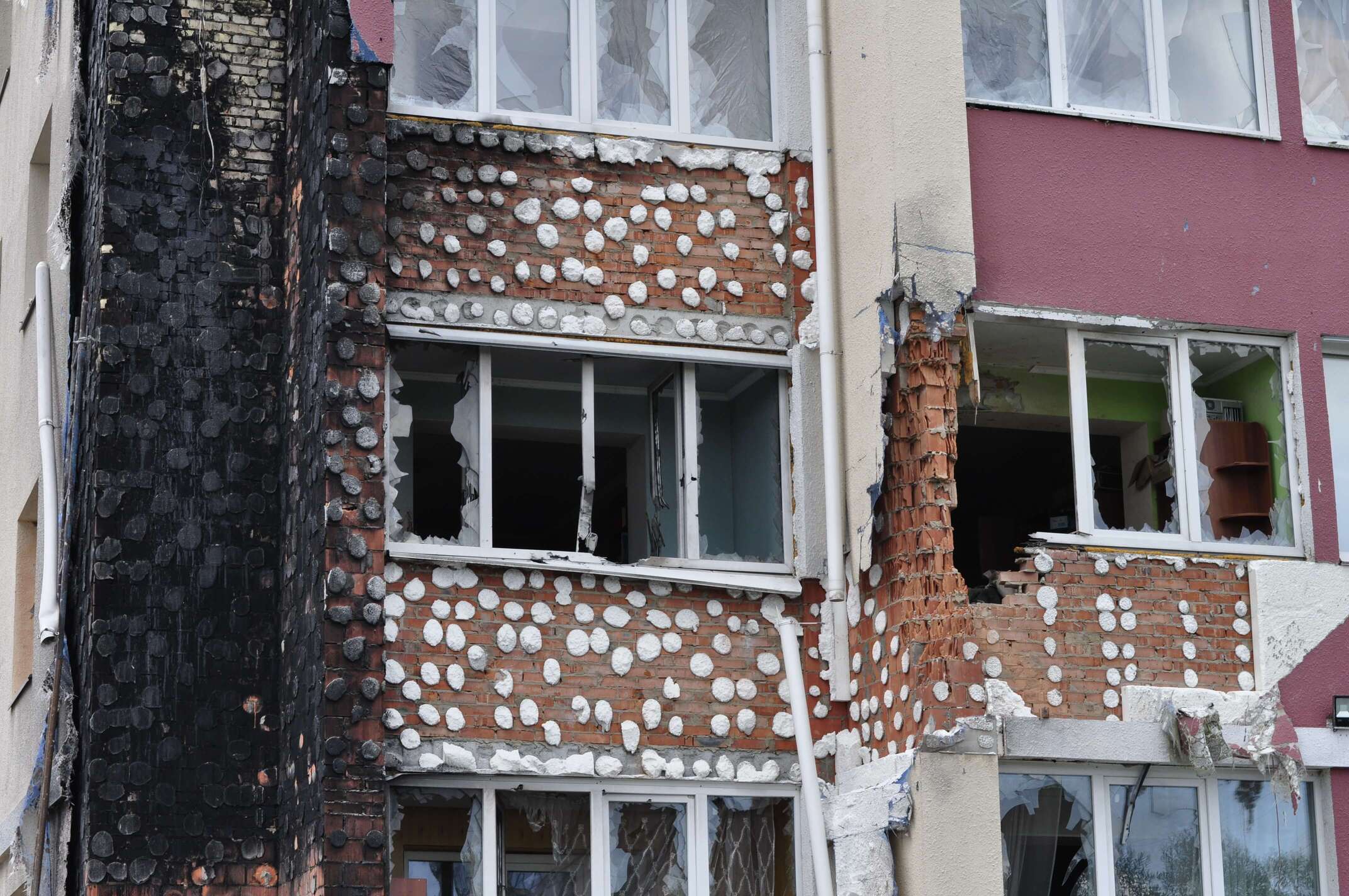 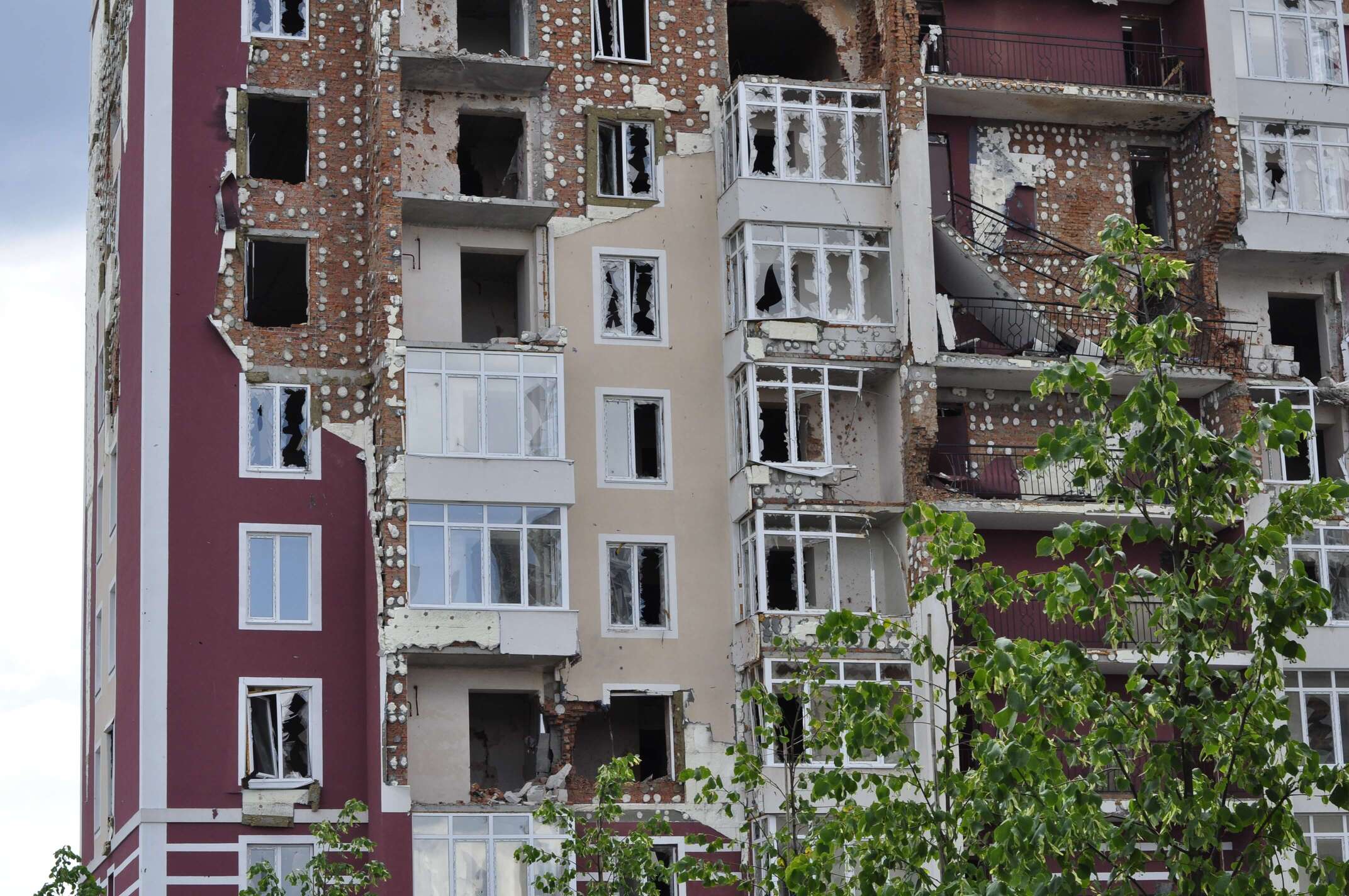 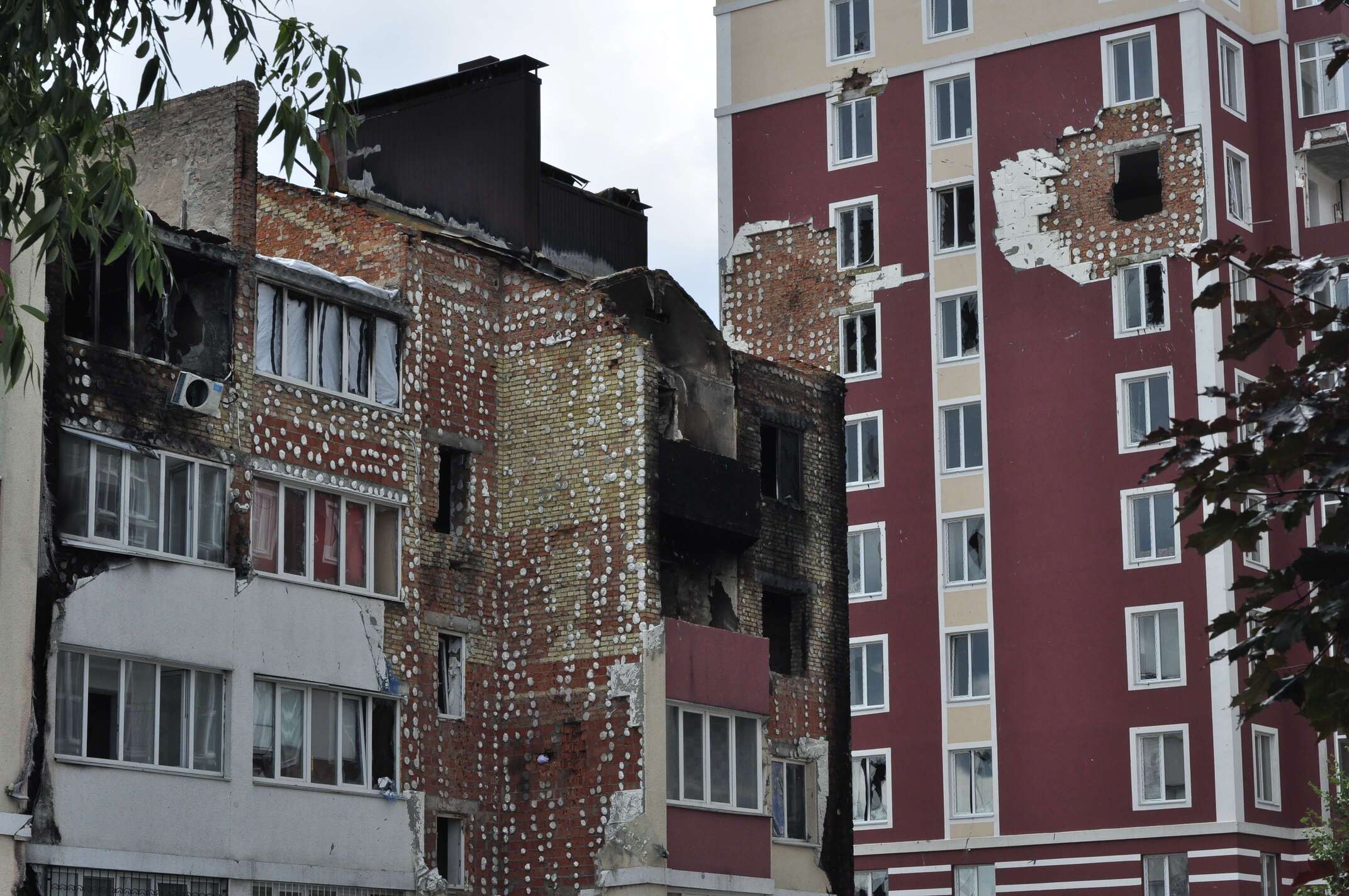 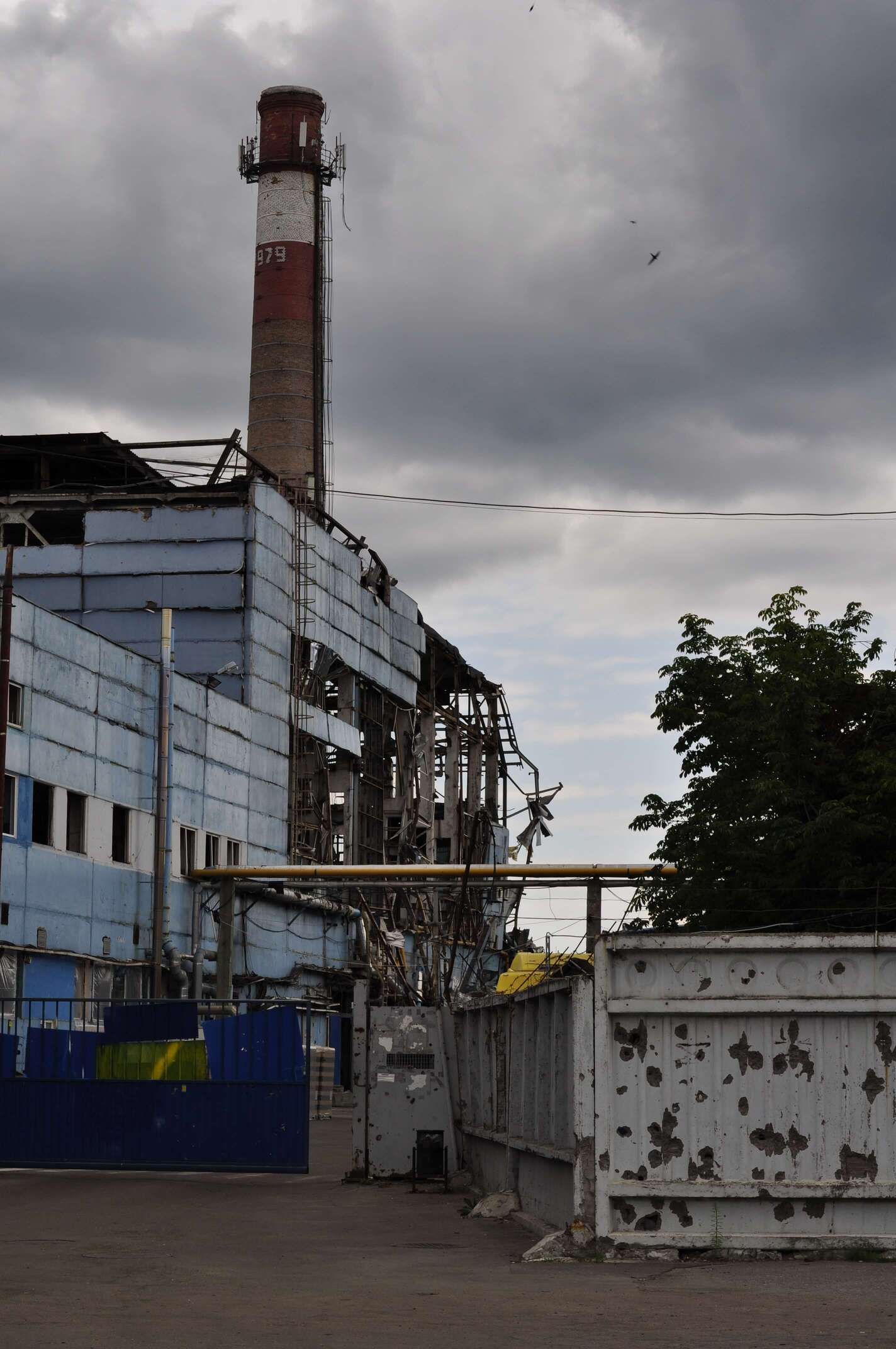 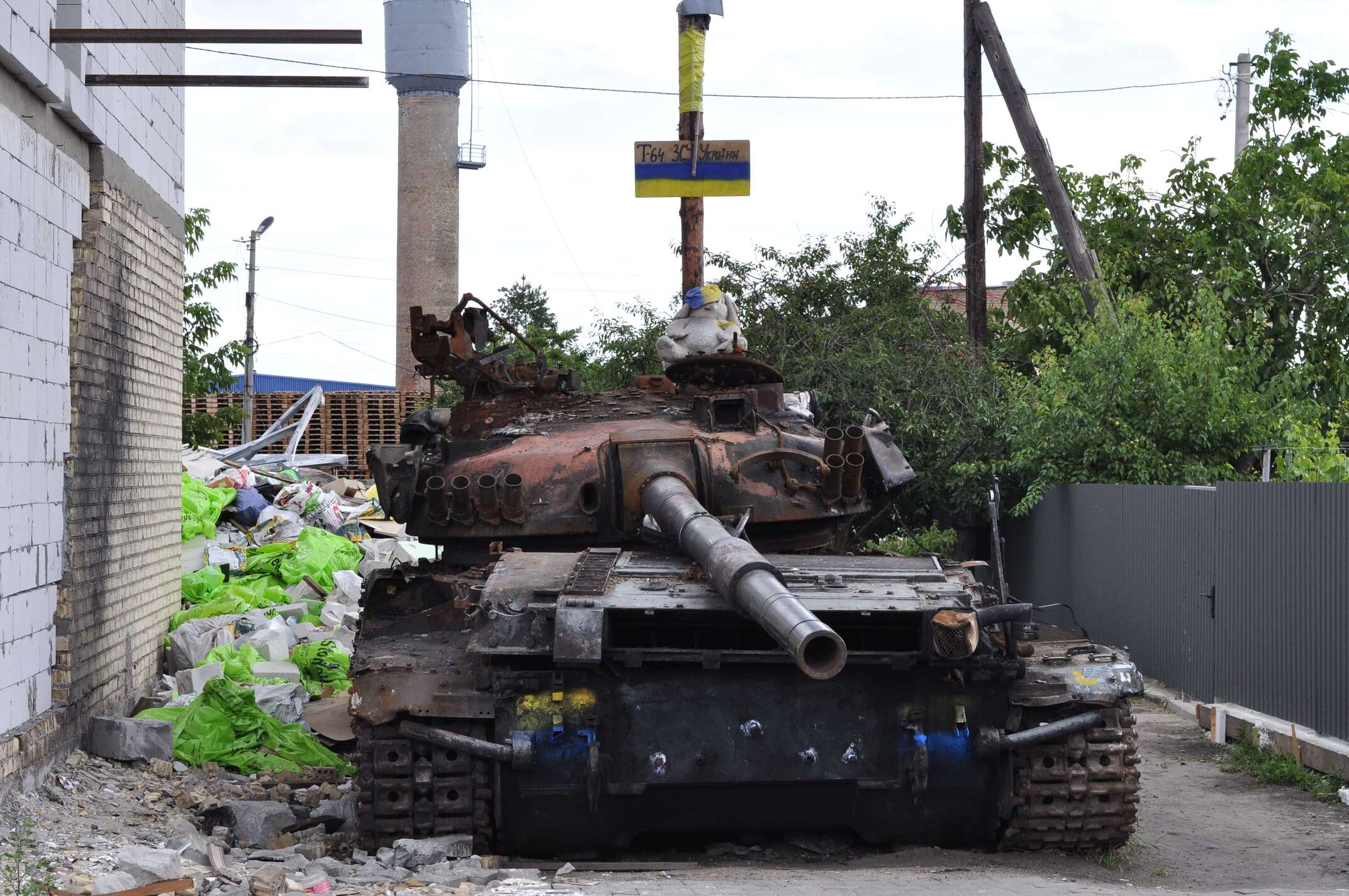 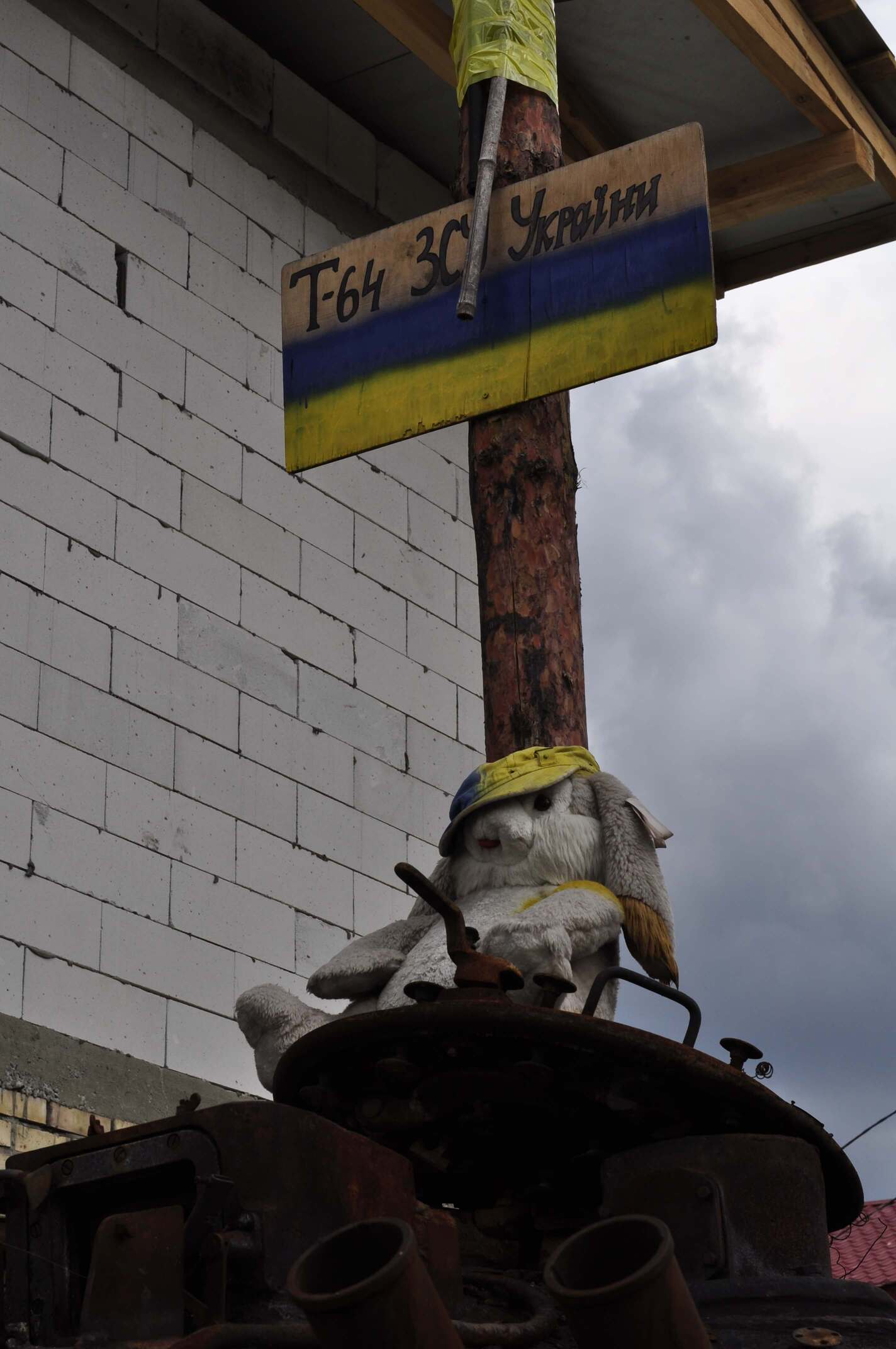 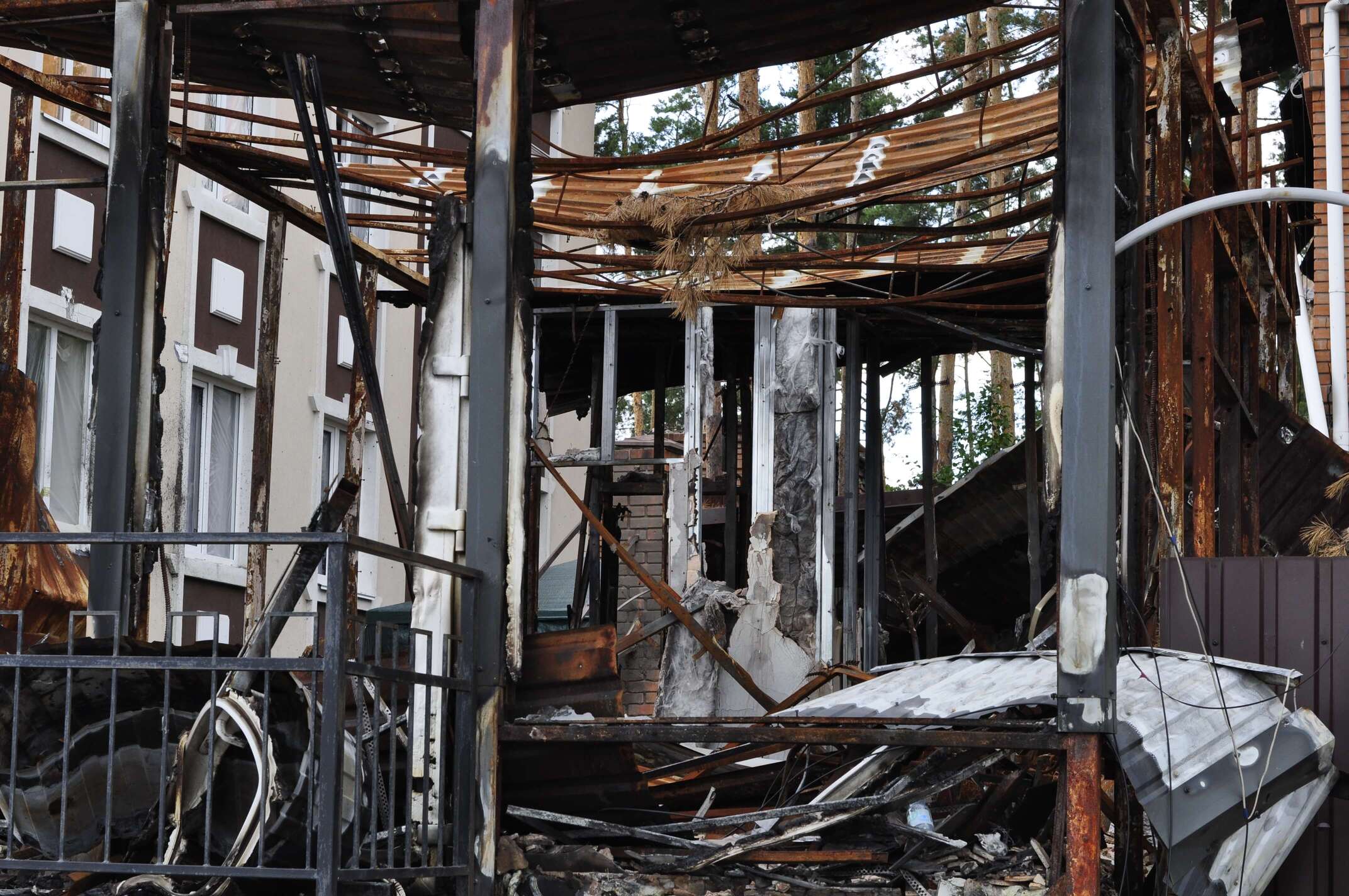 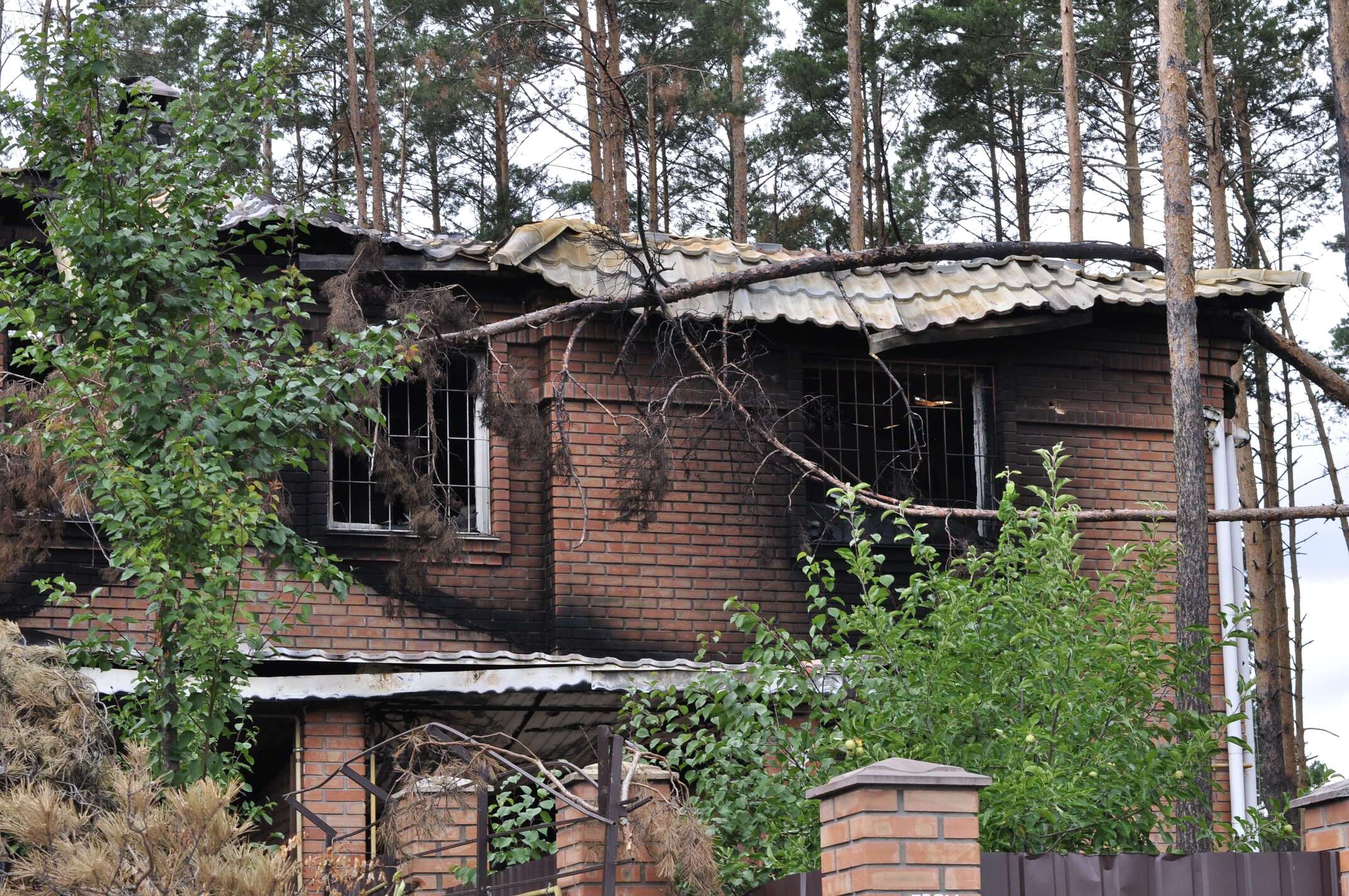 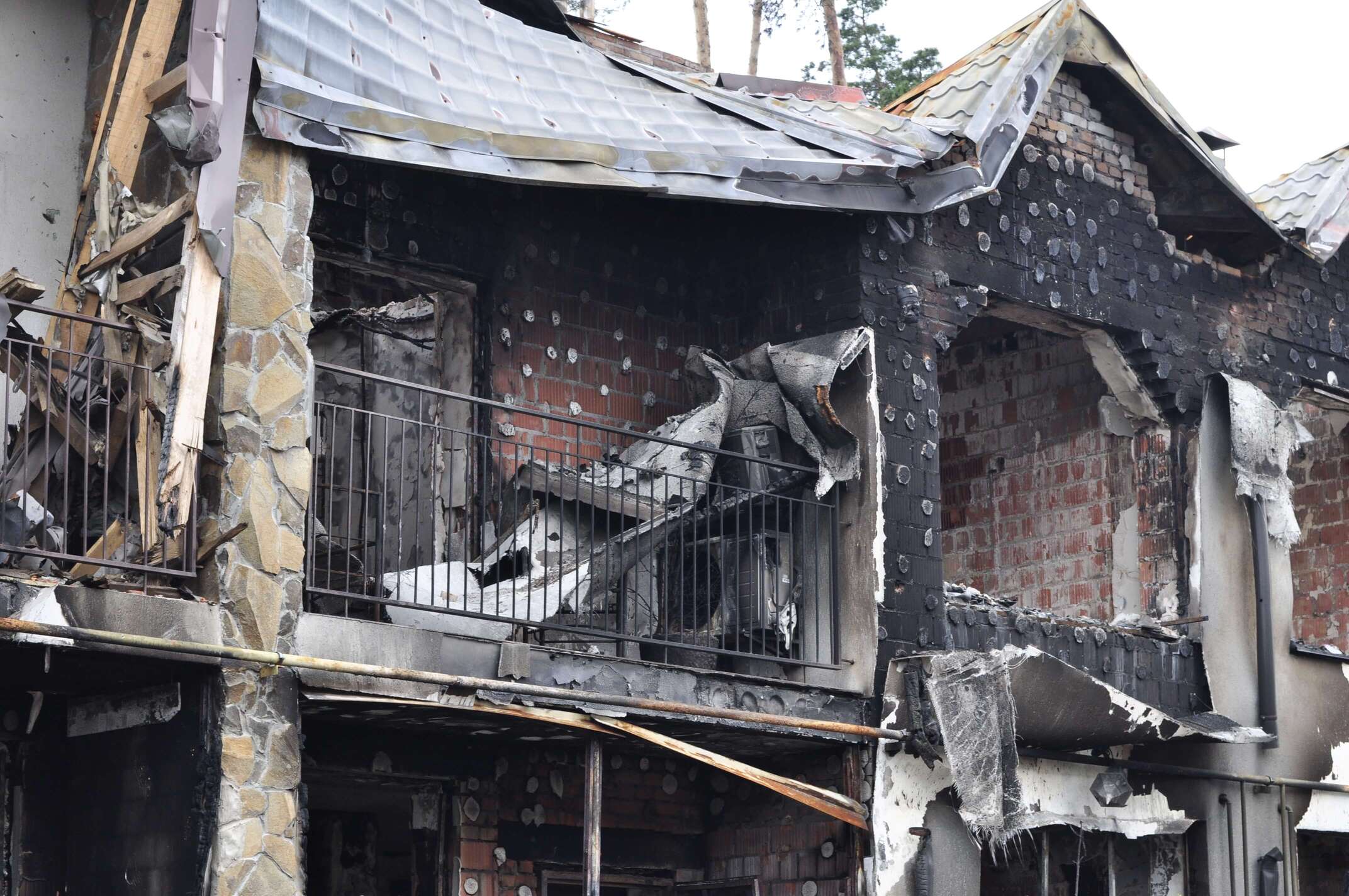 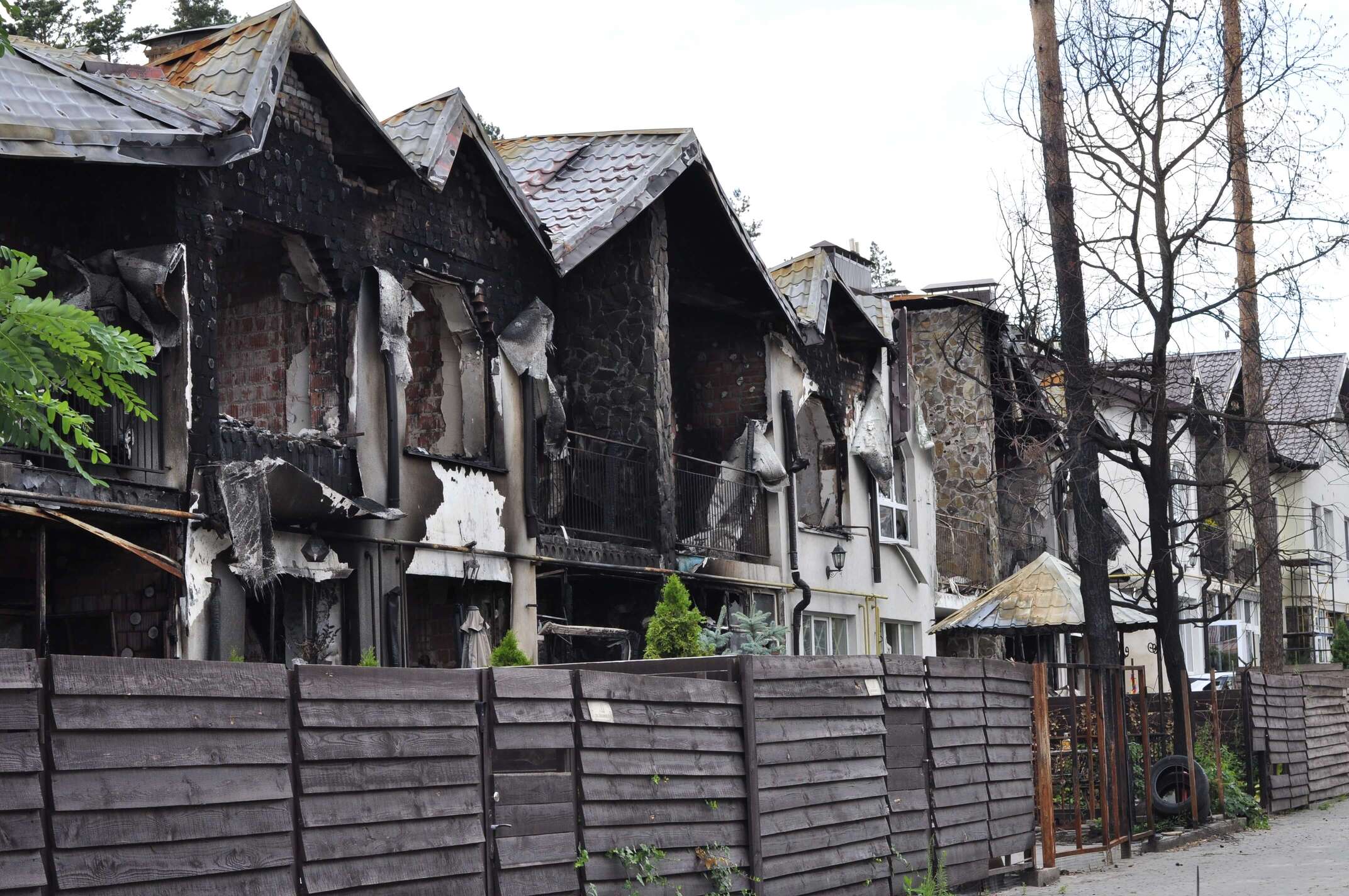 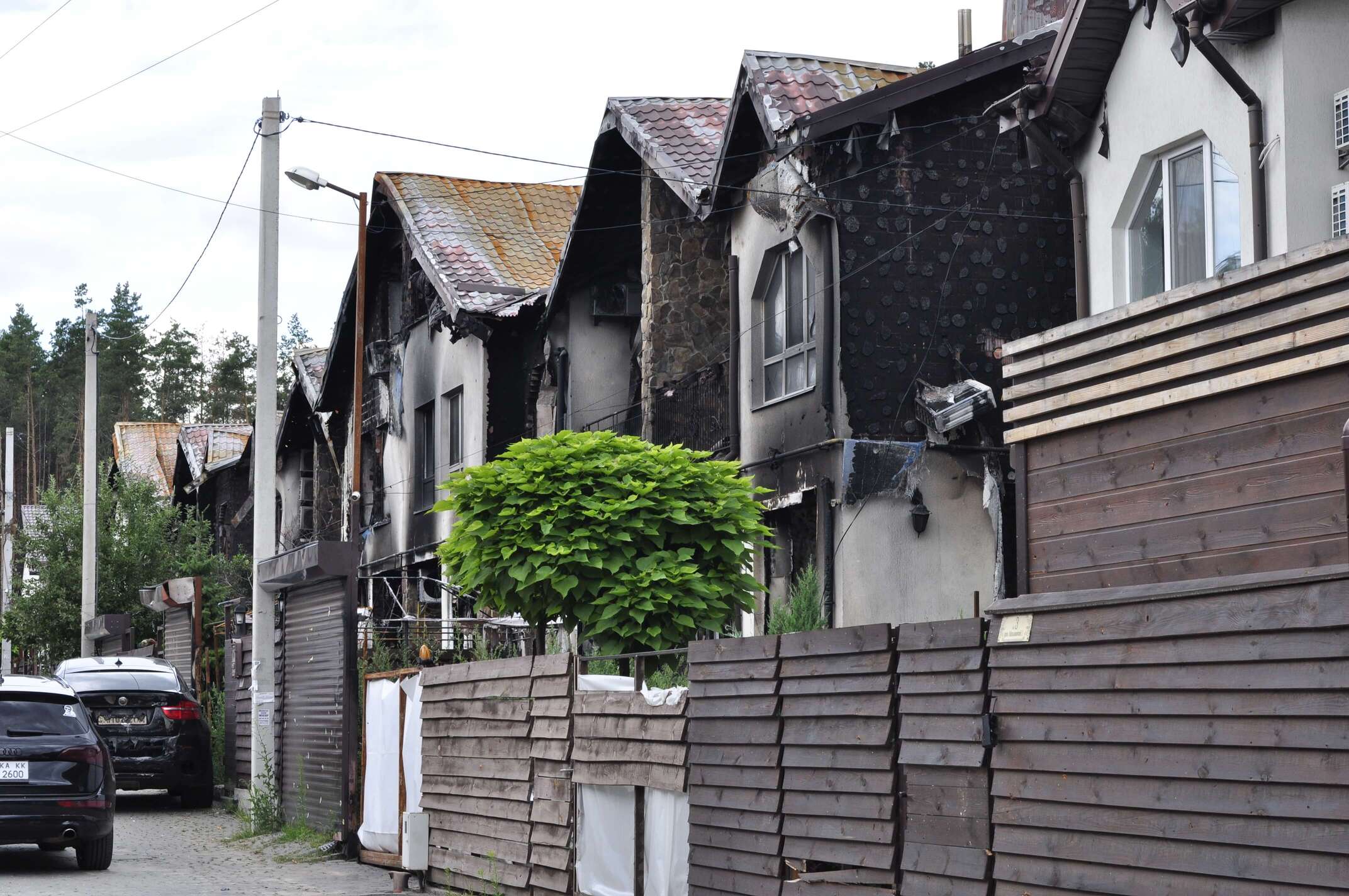 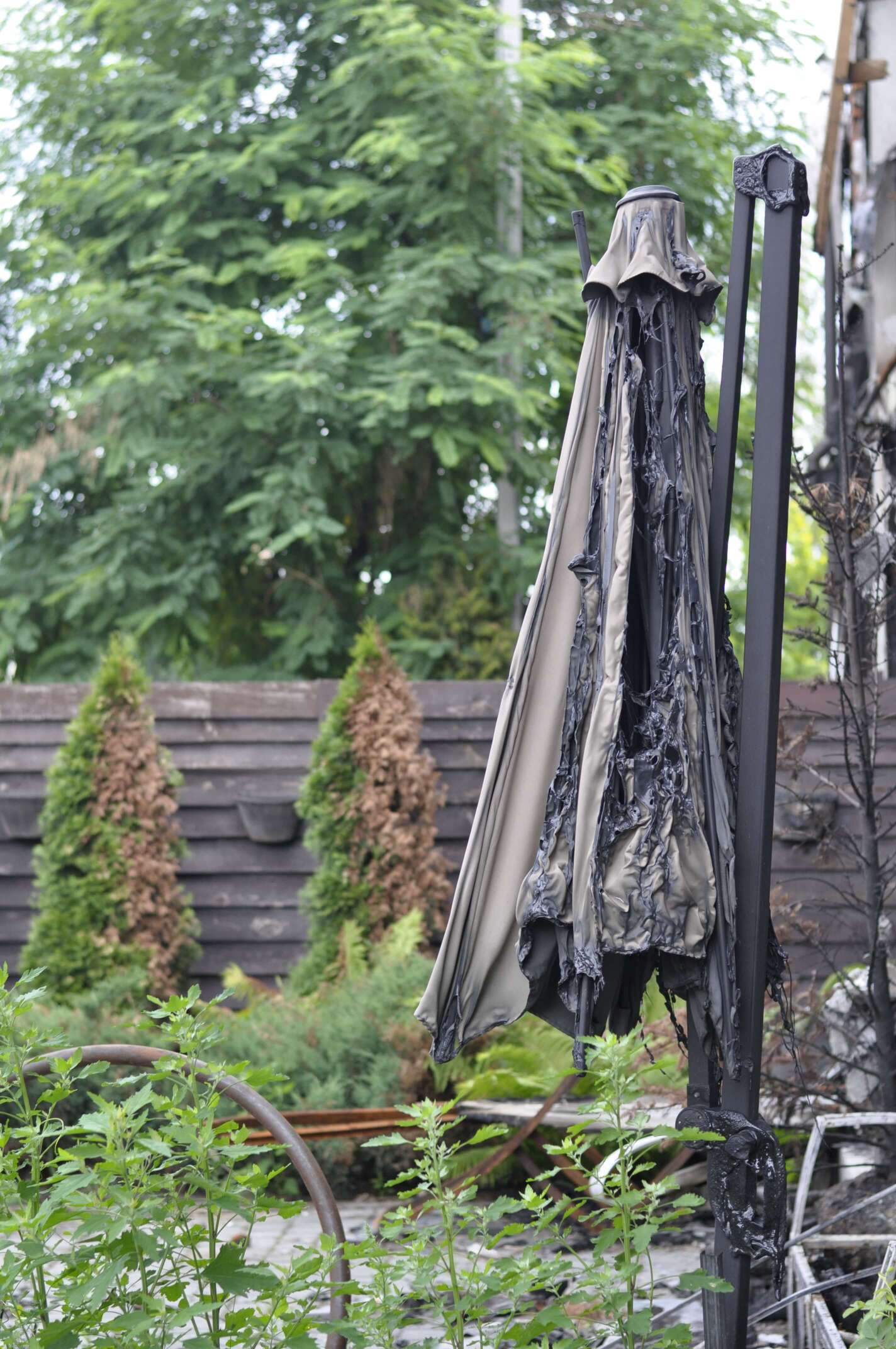 Before the war, few people had heard of the small town of Hostomel, in the Kyiv Oblast. But now, it is a Hero City of Ukraine after experiencing unbelievable devastation at the hands of the Russians.

We want to help put Hostomel on the map and fund the rebuilding efforts by hosting tours to the city. Our tours will take you through the streets and guide you through the events that took place during Russian occupation. It’s unmissable.

Book tours to Hostomel now, to see what is left of the city and show your support for the Ukrainian people.

The Small Military Town Near Kyiv

The Russian invasion was not the first time Hostomel saw war. This small military town played a role in the liberation of Kyiv during the second world war, and the civilians who lived here fought alongside guerrilla units to expel the Nazis.

The city it grew into after 1943 was a peaceful one, with an airport and military base. The people who lived here had a close-knit community and neighbors were always friendly with one another. Tours to this small and quiet were nonexistent, with only a glass factory and international cargo facility at the airport to put it on the map.

Now, tours to Hostomel would show a very different picture with much of the town obliterated from the combat from February to April 2022.

Is an Excursion to Hostomel Safe?

Tours to this area will only be safe when the war is over in Ukraine.

The airport and military unit in Hostomel, within the Kyiv Oblast, made the city an easy target. It was one of the first places the Russians invaded when they landed in Ukraine in February. The city would be occupied until April 2nd.

But even after liberation, over 400 civilians are still missing, not to mention the hundreds of bodies of civilians buried along the streets and in gardens – wherever there is space available.

Like Bucha and Irpin, Hostomel was on the forefront of the defense for Kyiv. 17,000 people lived here before the war and it is still unclear how many are left. The Battle of Hostomel was extensive and the Ukrainian armed forces fought hard to keep the Russians from entering Kyiv. Those civilians who remained were exposed to endless shelling and airstrike, as the fight for control over the airport continued, eventually spilling into the streets of Hostomel itself.

The damage caused was incredibly savage. Russian soldiers fired without discrimination, with reports suggesting they even took down ambulances and prevented civilians from evacuating or recovering dead loved ones from the streets.

Today, as the recovery effort continues, the city is a maze of burnt-out buildings, apartments missing walls and rooves, and children’s play areas crumpled from the force of the war. Seeing the result of the war atrocities with your own eyes will change you.

Our tours to Hostomel have the greatest respect for those that are now rebuilding the community. We hope that the funds raised through tours will aid their efforts and other humanitarian causes currently operating across Ukraine.

Our tours will take you past the school that the Russians used as headquarters in the city, a combination of decorations made by the children and deep trenches dug by the invaders. Other streets are less discernable, but we will point out where the residential blocks and proud businesses once stood.

It is a sobering experience, but we hope that our Hostomel tours will raise relief funds and educate those that visit – hopefully our tours will help prevent tragedies like this in the future.

How to Visit Hostomel in Ukraine

The city is close to Kyiv, being within the Oblast. Travel to Kyiv airport and make your way into the city once the war is over, travel to Hostomel is easy from here. Our tours will be operating to several Hero Cities around Kyiv, to show you the devastating damage caused and explain exactly what occurred on the residential streets you see with your own eyes.

Book a Tour to Hostomel Today

Tours to Hostomel are a once in a lifetime experience. There’s no way to fully understand the damage caused to Ukraine unless you visit and see it with your own eyes. This is exactly what our tours are designed for.

Book tours to Hostomel using the form below. Leave your details with us so we can contact you when our tours to Ukraine resume, once the war is over and it is safe again to travel to our country.

We look forward to welcoming you on your trip!

Get inside Сommand post 45 meters deep under the ground

See what is left of 3rd nuclear potential in the world